Is It God’s Will to Heal Me? 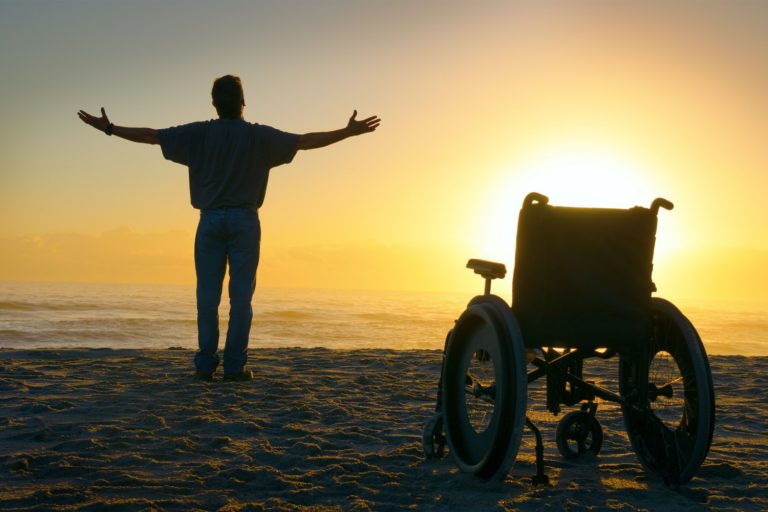 Sometimes it’s easy to have faith for God to heal someone else…but when it comes to healing you and you haven’t seen the end result yet, you can’t help but wonder…Is it God’s will to heal me?

If you’ve ever wondered that yourself, then let’s set the record straight once and for all: It IS God’s will to heal you!

Jesus was God’s will expressed on the earth. And in the gospel of Luke, it was recorded that Jesus came upon a whole multitude of people who needed healing. Here’s what happened:

When they came down from the mountain, the disciples stood with Jesus on a large, level area, surrounded by many of his followers and by the crowds. There were people from all over Judea and from Jerusalem and from as far north as the seacoasts of Tyre and Sidon. They had come to hear him and to be healed of their diseases; and those troubled by evil spirits were healed. Everyone tried to touch him, because healing power went out from him, and he healed everyone (Luke 6:17-19).

Jesus healed everyone! The King James Version says, He “healed them all”! Not some of them. Not those who were the most vocal. Not those who begged. His grace extended to each and every person in the multitude (and that’s a lot!).

The fact of the matter is, God’s will is to heal everyone—and that includes you. When Jesus died on the cross, “it was our weaknesses he carried; it was our sorrows that weighed him down.… But he was pierced for our rebellion, crushed for our sins. He was beaten so we could be whole. He was whipped so we could be healed” (Isaiah 53:4-5).

Receiving healing from Him is a matter of “taking it” in the same way you “take” your salvation by believing by faith and speaking God’s Word (Romans 10:9-10).

First Peter 2:24, NKJV, says, “who Himself bore our sins in His own body on the tree, that we, having died to sins, might live for righteousness—by whose stripes you were healed” (emphasis added).

You were healed 2,000 years ago when Jesus died on the cross and rose again. He did it for you, out of grace and love for you, because God wants you healed—spirit, soul and body.

Is it God’s will to heal me?

Yes, without a doubt. His Word is consistent on this point. Receive His healing for yourself today, and no matter what the devil may try to say, don’t ever let go! Your healing is a breakthrough away!