God’s Power to Mark You Safe in An Unsafe World 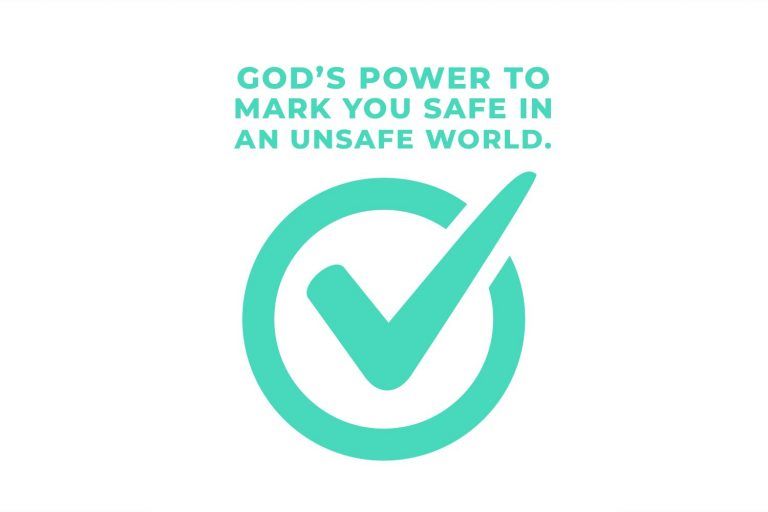 Today, when something happens in which you could be in danger (hurricane,shooting, etc.), social media has made a feature available in which you can “mark yourself safe.” This is published as an update to your account, so your family and friends will know you’re all right.

Well, did you know…you can be “marked safe”— no matter what is happeningaround you? When you put faith in God’s ability to protect you and make God your personal refuge, you have security in Him. Just like a newborn baby wrapped in a warm, secure blanket, God wraps us in His love, power and protection.

God’s power to mark you safe in an unsafe world is undeniable. Here are 3 waysHe protects you:

1. God Assigns Angels to Protect You

One of the ways God carries out your deliverance and your protection isthrough angels. You literally have angels at your service.

There was a missionary who had been called by God to visit an island where acannibalistic tribe resided deep in the jungle. Miraculously, he had helped the tribe chief get born again! As a result, the whole tribe was saved. One day, as they were visiting, the chief asked the missionary, “Do you remember the day you arrived here on the island?”

The missionary relayed the story of feeling deep darkness surrounding him ashe walked through the jungle. The chief responded, “Yes. We were surrounding you and were about to kill you. But, now that we are friends, will you tell me something? Who were those shining men all around you?”

The shining men the chief referred to were not men at all; they were angels.God assigned angels to go with the missionary and protect him. The missionary didn’t even know they were there. It’s the same with you. Even though you can’t see them, your angels are always with you.

2. God’s Word Encircles You With Protection

According to the Scriptures, God encircles, encompasses, covers and shieldsthose who make Him their refuge. His presence—His Anointing—is a kind of force field of protection making you inaccessible to the enemy—no matter what the circumstances.

His encircling protection has kept many a person safe during all kinds ofdanger and war:

3. God Has Covered You With a Garment of Light

God Himself is encircled by what Scripture calls a garment of light (Psalm104:1-2).

As believers in Christ, God lives in us, and we should radiate His presenceand love. He has covered us with a garment, or shield, of light. We may not always be able to see it, but rest assured, beings in the spirit realm (including devils and demons) see and recognise the glory of God on us.

Occasionally, this garment of light is visible in the natural, too. Someoneonce sent us a copy of a picture they had taken of Brother Hagin preaching at one of our Believers’ Conventions. He was surrounded by God’s glory. A shield of light was visible around him in the photo.

ONE FINAL NOTE: Your security will be determined by how much time andattention you give to God and His Word in this life.

Attach yourself to God.

Go after the things of God. Go after His Word. Make it a priority to spendtime with Him every day in the secret place. The commentary on Psalm 121 in the Tehillim says, “To the extent that man pays attention to the word of [God] and safeguards His commands, [God] will safeguard him.”

When you understand God’s power to mark you as safe in an unsafe world, nomatter what is happening around, you can remain free from fear and rejoice because…

God’s got you covered!