A.W Copeland’s Story of Tithing During the Great Depression 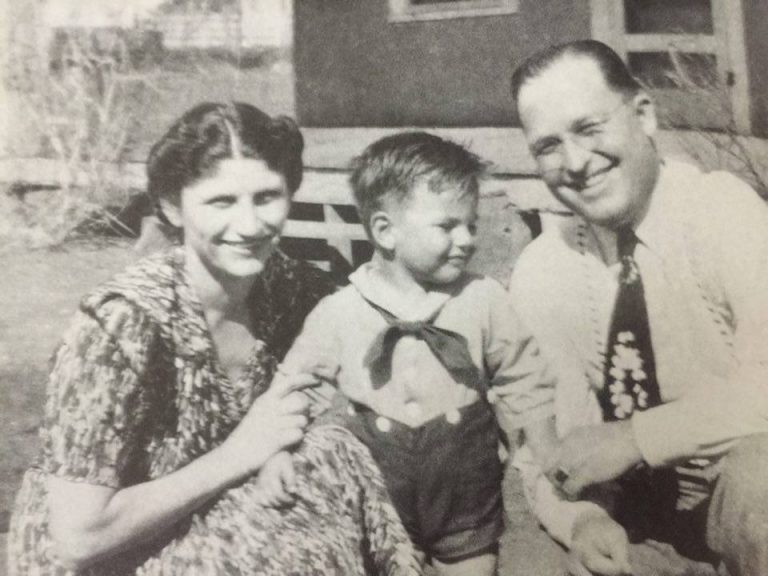 In looking back over the years, more specifically the years of the Depression, Vinita and I can see how God really took care of us. He kept me in jobs when there were no jobs to be had and because of our decision to live for Him, He made sure that our every need was met. The Depression lasted from 1929 until about 1940. I was farming and had a part-time job. After I got off of the farm, I worked in a filling station for $1.00 a day; Vinita was working in a beauty parlor where she would set a woman’s hair for 25 cents. Later, I went into the insurance business as a salesman and travelled a lot selling insurance.

Even though those years during the Depression were so hard for so many people, as we look back, we see how the Lord met our needs and kept us; so much so, that we were never in a position where, if we ran out of money, we were without food or a place to live which many people faced every day. The Depression never did have any devastating effect on our lives because we knew the Lord.

One of the real keys that kept us going was the fact that we were tithing. Whether we were working for a salary or on the farm, we tithed. When I made Jesus the Lord of my life, I also made Him Lord over everything I had.

The Word of God became so clear to me in Malachi 3, the Amplified translation. When the Lord said to bring the tenth of your income into the storehouse He didn’t mean from your net income, He meant from your gross income. As I studied that, it seemed unbelievable, but that’s what He said. Another thing that seemed so amazing to me was that He said He would rebuke the devourer (Satan) for me.

I began to realise that it wasn’t just in tithing. The more you give, God will return to you. I began to really test it and found that the more I gave, the more God gave back to me. There is no way to out give God. I found I was getting money back in ways I never imagined. I would pray about deals I was going to make and my prayers were quickly answered. Not only were things I prayed about answered, but things I just thought about and desired, God would give me. I began to see that God’s Word was true; that He really did give a man the desires of his heart.

We never missed a payment—on our home or any of the cars we owned. I just kept on working and we kept on tithing and we never did lack for anything. My feeling was that we were going to make it. I had decided that I was going to work as hard, if not harder, than anybody else. I also decided to do what was right by every person I worked for or dealt with.

Looking back on those experiences, Vinita and I know that God took care of us. We were blessed of the Lord during those years in our lives. Looking at the world situation today—the state of the economy— there are a few things I would remind people to do in order to live victoriously:

To the natural eye, the world situation looks bad. When something looks like it’s a problem—when it looks like there is no way out, when they are going to come and take everything you’ve got—then is the time to go sit down and talk with the Lord. He’ll always be fair with you. There is not anybody between you and God. Just sit down and talk with Him. Tell Him what you need, roll the care of it over on Him, stop worrying about it, and He will take care of you. Think about your source, not the problem!

Just keep your eyes on Him. He will never let you down!