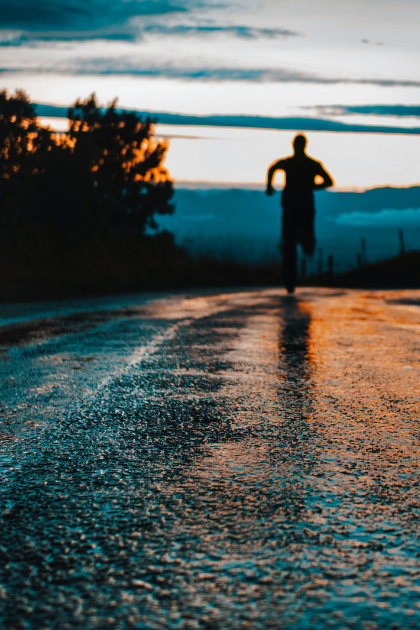 As a child Mickey Robert Whitehead was fascinated with Frank “The Enforcer” Nitti, Al Capone’s cousin and top henchman in the organised crime syndicate. His childhood obsession with untouchable gangs led Mickey down a life of crime that started when he was just thirteen years old. Commonly known as “The Enforcer” Mickey thought he was untouchable until the law caught up to him.

After serving time in juvenile jail, Mickey was convicted for a crime he did not commit in 1972 and was sentenced to 13 years in a state penitentiary prison. His career in crime was too familiar to quit, and in 1985 he found himself back in prison just 20 days after his release. Staring down a life sentence Mickey was at the end of his ropes.

In prison Mickey began watching Kenneth Copeland on TV. “I felt drawn to him so I wrote him a letter explaining my situation. I got a letter back in which he told me to have faith in God. Because of that letter, I gave my life to Jesus,” recalls Mickey.

He spent all of his time reading the New Testament night and day refusing to socialise with other inmates playing cards or dominoes. “I read the bible and studied all the materials sent from Brother Copeland and Brother [Kenneth] Hagin,” Mickey says. Through their teachings, God revealed to Mickey that no one could convict him of sins, aware of the wickedness of his flesh Micky began to claim Victory in Jesus! “The Bible said I was now a new creature in Christ! I was now the righteousness of God in Christ! During those five years, I developed my faith to believe I could get out of prison early – and stay out!”

In 1990, Mickey received an early release from prison. Outside a physical jail, and free from the shackles of his spiritual captivity, Mickey was at his mother’s apartment where he saw his first demon. Mickey’s Uncle Lewis, the only Christian Mickey knew, sternly told him to leave the house immediately. “I ran out of there!” Admits Mickey, surprised by his own actions, “me – The Enforcer – ran! I’d been a violent man but I didn’t have a weapon that would work against a spirit.”

Mickey ran to the nearest church where the noon Bible study was in session. There he shared his experience with the church Pastor who took Mickey into his office and prayed for the Baptism in the Holy Spirit with the evidence of speaking in tongues. “It’s done!” the pastor told Mickey. He left church that afternoon armed with the weapons he needed to win spiritual battles. He continued to study the word of God through the teachings of Kenneth Copeland and his two mentors, Oral Roberts and Kenneth Hagin, and learned how to appropriate God’s word and live victorious.

In December 1994 Mickey met and married the woman God intended for him. “I knew God had a sense of humour when he showed me my wife.” Soon after Mickey and Minnie married, he answered the call to pastor a church. “God called me into ministry while I was still in prison. I was shocked because if I were God, I wouldn’t choose me,” explains Mickey.

As a partner of Kenneth Copeland Ministries, Mickey Whitehead ministered on the streets to kids involved in a life of crime. Mickey’s outreach programs saved 127 young people from jail – two of whom were convicted back into the system. “You can’t tell a kid to walk away from $50,000 in drug money and go to work at McDonald’s for minimum wage and expect him to do it. But, if you show them the joy and prosperity available in Christ, they’ll listen.”

The kingdom of darkness took a major hit when Mickey Whitehead turned the tables on the devil. Furious to lose him, the enemy has tried on numerous occasions to take him out. Shortly after 9/11 while serving as a Chaplin on ground zero in New York City, Mickey was diagnosed with an incurable disease called retroperitoneal fibrosis the only cure being drastic, invasive surgery. Mickey told his doctors, “No! God has healed me.” And, He did.

In 2011 Mickey suffered a stroke and for the first time since giving his life to God, he was gripped with fear! Losing his ability to speak and walk, Mickey forced his lips to move, his inner man spoke: Lord! If I still have a job with You, I need to talk.

Fifteen minutes later he was walking!

As a boy Micky wanted to be an enforcer in an untouchable gang. When he came to the end of his ropes as a man, God led him to Kenneth Copeland Ministries where Mickey sowed a seed of partnership. Brother Copeland calls his Partners “the biggest Holy Ghost gang on earth!” Mickey is still an enforcer, in the strongest gang on earth, proclaiming Jesus Is Lord!

Join us in a covenant partnership in the kingdom crew. KCM is ready and willing to join with you to stand up for the goodness of God.

Read more stories like Mickey’s. Subscribe to the Believers Voice of Victory magazine for your free monthly magazine.