7 Facts About Your Authority 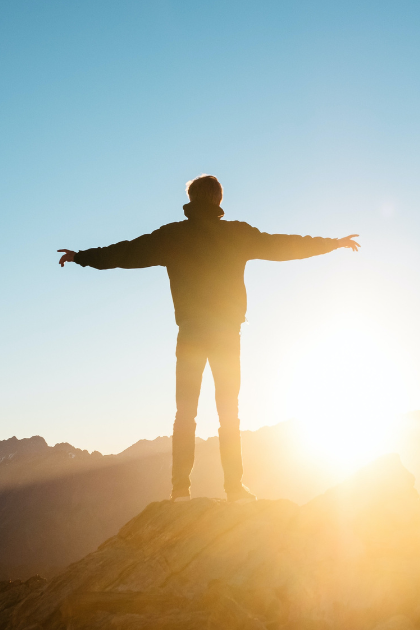 As a believer, there are facts about your authority you must know. There are 7 facts about your authority in Jesus Christ that will allow you to walk in power. Let’s examine God’s Word concerning that position and the authority we have in Him. When you made Jesus Christ the Lord of your life, Colossians 1:13 says you were delivered from the power of darkness. The word power is literally translated authority. You have entered into this position of authority because you are in Him.

Jesus Secured Our Power and Authority

Jesus came to earth as a man for one reason: to re-capture the authority that Satan had stolen through Adam’s disobedience in the garden. After securing that power and authority, He freely gave it over into the hands of those who would believe on Him–you and me. It is not enough for us to simply accept Jesus’ work at Calvary. We are held responsible for much more. Jesus’ words in the 16th chapter of Mark were not intended for the early church alone. His words are just as vital and real today as when they were first spoken.

Jesus appeared to His disciples after His resurrection from the dead. His words to them form the basic foundation for the work of the New Testament church. It was at that time that He delegated the authority to carry out that work. Beginning in verse 15, Jesus said: Go ye into all the world, and preach the gospel to every creature. He that believeth and is baptised shall be saved; but he that believeth not shall be damned. And these signs shall follow them that believe; In my name shall they cast out devils; they shall speak with new tongues; They shall take up serpents; and if they drink any deadly thing, it shall not hurt them; they shall lay hands on the sick, and they shall recover.

We Have Authority to Preach The Gospel

Every born-again believer has the authority and responsibility to preach the Gospel of Jesus Christ in this earth. If you can’t go, then you can send someone in your place. Notice who is to do all these things: them that believe. The signs will follow the believers who act in faith and boldly speak in Jesus’ name. THEY shall cast out devils; THEY shall speak with new tongues; THEY shall lay hands on the sick, etc. The believer is the one with the power and authority to do these things.

Mark 16:20 says “then the disciples went our and preached everywhere, and the Lord worked with them and confirmed His word by the signs that accompanied it.” God will confirm His Word, but first it has to be put forth. That is where you and I come in. God does not preach; He has given us the authority to do the preaching. God will not lay hands on the sick. He will bring the healing, but you and I as believers must lay hands on the sick by faith, believing that God will perform His Word.

We Have the Power of Gods Word to Exercise our Authority

Jesus spoke the words, Let us pass over unto the other side, and there was enough power and authority in those words to accomplish the job. Notice Jesus did not take command the ship to see that His words were carried out. He walked to the back of the boat and went to sleep. Jesus delegated the authority to His disciples and they accepted it. But, when the storm came they were filled with fear that the boat would sink, Jesus had to carry out the responsibility of authority that he had delegated to them by rebuking the wind and the sea. “You have the power and the authority to take the Word of God, the name of Jesus, and the power of the Holy Spirit and run Satan out of your affairs.”

Here’s the parallel: you are the captain of your ship. You have control over your own life–your spirit, your soul, and your body. Jesus has delegated power, or authority over Satan to you as a believer. You are to give him no place in your life. You are born of the Spirit of God. You are filled with the Spirit of God. You have been given the Word of God. Those three elements are enough for you to carry out your spiritual authority here in the earth. You don’t need any more power. You have all the power necessary. You simply have to exercise your authority. Jesus has already done everything necessary to secure the authority and power over sin, sickness, demons, and fear. You have to employ the faith action to receive that authority and join forces with Him in this earth. You are the one to be strong in the Lord and in the power of His might.

We Have Authority to Stand Against Satan

One of the most vital areas of the believer’s authority is his power to successfully stand against Satan. Ephesians 4:27 says, “Neither give place to the devil.” In the sixth chapter of Ephesians, the Apostle Paul describes the armour that believers are to wear in combat against Satan. He explains each piece of that armour – the armour of God. But, not once does he say that God will put the armour on you, or that God will fight the devil for you. YOU is the understood subject of these verses. He says, “YOU be strong in the Lord. YOU put on the whole armour of God that YOU will be able to stand against the wiles of the devil. YOU take the whole armour of God that YOU may be able to withstand in the evil day; and having done all, YOU stand.”

God has given you the power and the authority to stand against Satan and his destructive works. He has provided the armour, but it is your responsibility as a believer to put on that armour and stand against the devil. James 4:7 says, YOU resist the devil, and he will flee from YOU. The armour and the weapons are at your disposal. God is there with you to back His Word; but all is worthless unless you take your position of authority and assume the responsibility to use what He has provided. You have the power and the authority to take the Word of God, the name of Jesus, and the power of the Holy Spirit and run Satan out of your affairs. Don’t pray and ask God to fight Satan for you. You are the one in authority. Take your responsibility and speak directly to Satan yourself and stand your ground firmly. He will flee!

We Are Seated With Him In High Authority

In the first chapter of Ephesians, Paul prayed a prayer for the body of believers in Ephesus. One part of that prayer was that they know the exceeding greatness of his power to those who believe (Eph. 1:19). That exceeding great power is the same power that God used to raise Jesus from the dead and set Him at His own right hand in the heavenlies. Ephesians 1:21 tells us that Jesus is seated far above all principality, and power, and might, and dominion, and every name that is named.

The work God did in Jesus was supreme. He raised Jesus from the dead and set Him far above all other authority–not only in this world, but also in the heavenly world. Then verse 22 says that God has put ALL things under His feet and made Him head over the church which is His body. Where are the feet? They are in the body. As believers, we are part of His body and we are seated with Him in that highly exalted place of authority. Praise God! Look at Ephesians, chapter two: And you hath he quickened, who were dead in trespasses and sins…Even when we were dead in sins, (God) hath quickened us together with Christ…And hath raised us up together, and made us sit together in heavenly places in Christ Jesus (Eph. 2:1,5,6).

We are seated together with Him. Where? Far above all principality and power and might and dominion. As a believer, you have accepted the substitutionary sacrifice of Jesus at Calvary. Therefore, you are a part of His body and are seated with Him in that heavenly place, equipped with the same power, the same authority that He has.

The great power that God worked in Christ when He raised Him from the dead is the same creative power of God that worked in you to make you alive when you were dead in your trespasses and sins. The moment you made Jesus Christ the Lord of your life, that same power was exercised on your dead, unregenerate spirit, causing it to be reborn in the likeness of God Himself. Any man who is in Christ Jesus is a new creation: old things have passed away, all things are new, and all things are of God (2 Cor. 5:17). “As believers, we are part of His body and we are seated with Him in that highly exalted place of authority.”

We Can Minister and Walk From a Point of Authority

God’s power is in His Word. He is upholding all things by the word of His power (Heb. 1:3). You need to learn to minister and walk from a point of authority. In His earthly ministry, Jesus said such things as “Be thou made whole.” “Take up your bed and walk.” Then to a lame man Peter said in Acts 3:6, “In the name of Jesus Christ of Nazareth rise up and walk.” He too ministered and spoke from a point of authority.

“He came to earth as a man for one reason: to re-capture the authority that Satan had stolen through Adam’s disobedience in the garden.”

It’s time for you as a believer to begin to act that way. You have obtained an inheritance, and in that inheritance you have been given all authority. The God of the universe lives inside you! He lives and walks in you. Become God-inside-minded and you will begin to walk in this point of authority. When you see in the Word that you are in Christ Jesus, that you are in Him, then confess it with all of your heart. Then you will be strong, standing in a point of authority and operating in your inheritance in Him. As you do this, the power of God will always be available to work in your behalf. Praise God!