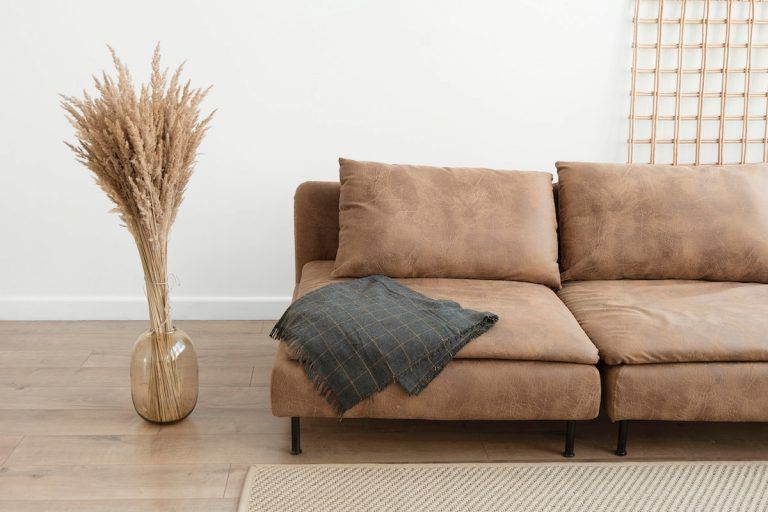 Watch our Generation Series, and see how the message of faith is changing generations!

For more than 50 years, Kenneth and Gloria Copeland have taught believers around the world how to live by faith and apply the Word of God to their everyday lives. The result? Generations of Spirit-led believers have learnt how to rise up and walk by faith in God’s Word, no matter what their circumstances. With each generation, the knowledge of biblical truth grows. One generation learns from those who walked before them, and the ones after them will walk with even greater confidence, knowledge and power. That’s who we are!

In our #GenerationSeries, you’ll watch raw, transparent testimonies from Generation Faith. You’ll hear how the message of faith changed their lives. We start out with those closest to Kenneth and Gloria Copeland. You’ll see how growing up in the Copeland family didn’t shortchange the challenges they have faced, but it gave them the tools to they needed to stand in the midst of adversity. Like all believers, they have had to stir up their own faith as they stood for their futures, their children’s healings and even their own peace of mind.

In this latest Generation Series video, you’ll meet the musical ministry team of The New Sound is Family. It’s a team comprised of Michael and Sherrie Howell and their children, Sarah and John Michael. This dynamic family travels to churches worldwide with a message that believers are “sons and daughters of Father God.”

Today, along with their two children, they are helping others come to the full knowledge of God’s goodness and faithfulness. Watch this latest video in the Kenneth Copeland Ministries’ Generation Series and hear The New Sound is Family share the difference the Word of God and answering the call of God has made on their lives and continues to make in the lives of people today.

Courtney Acuña, Kenneth and Gloria Copeland’s granddaughter, shares the moment that saved her life. Growing up in a ministry family, Courtney had heard the message of faith time and again. As she put it, it was in her DNA. Her parents, John and Marty Copeland, as well as her grandparents, had taught her the importance of a relationship with the Lord, of living by faith and of trusting God’s Word. When she went to college, though, Courtney became enamored with the trappings of the world. She began drinking and partying and questioning the faith lessons she had been taught all her life. During this time of soul-searching, Courtney signed up for a missions trip to Uganda.

he admits now, “The trip saved my life.” While in Africa, a local pastor looked at her and said, “I know who you are.” It was a moment that shook Courtney to the core because she knew that God was using that pastor to communicate to her that no matter how far away she ran, God would find her. “For the first time, I knew who I was. Not only a granddaughter of Kenneth Copeland,” she said, “but a child of God.”

That revelation drew Courtney back to the Lord and launched KCM’s first missionary outreach. While Kenneth Copeland Ministries has impacted millions around the world, even opening ministry offices in United States, Canada, Africa, Asia, Australia, Europe, Ukraine and Latin America, the missionary outreach that Courtney started, Reaction Tour (https://www.reactiontour.com), was KCM’s first effort to send missionary teams out from its headquarters in the U.S. Courtney recognises that she is a part of the faith legacy that her grandfather started, and she carries that realisation with her into her newest adventure as a wife and mother.

Rachel Mayer, Kenneth and Gloria Copeland’s oldest granddaughter and Kellie Copeland’s daughter, shares her story of growing up in a family of faith and what it means to continue the legacy of faith legacy that started with her great-grandmother, Venetta Copeland.

Nicole Crank, host of The Nicole Crank Show (https://www.nicolecrank.com) and ministry partner with Kenneth Copeland Ministries, sums up God’s influence in her life this way: “God has done so many things in my life that there’s no way I could deny that God is real.”

When she turned her life over to the Lord and got on the path He had for her, her life changed for the better. God now uses Nicole and the lessons she learnt to encourage and empower others and point them to Jesus, her Redeemer. Nicole knows—and wants others to know—that “God causes everything to work together for the good of those who love God and are called according to his purpose for them” (Romans 8:28, NLT). He’s done it in her life, and she knows He’ll do it in others’ lives too.

Nicole and her husband, David, founded and pastor FaithChurch.com, one of the largest and most influential Christian churches in America today, with locations in St. Louis, Mo., and West Palm Beach, Fla. In addition to pastoring, Nicole hosts The Nicole Crank Show on VICTORY network (https://www.govictory.com), where Nicole and her guests dive into real, hard issues and biblically based answers that affect everyday people

We continue the Generation Series with a heartfelt talk with Kellie Copeland, the daughter of Kenneth and Gloria Copeland. She has seen first-hand how her parents live their lives by faith in God’s Word. Through their example, she has learnt to do the same, even in the face of personal tragedy.

Jeremy Pearsons, son of George and Terri Pearsons and grandson of Kenneth and Gloria Copeland, shares his experience growing up in a family of faith. From a young age, he learnt that whenever there was a need, his parents would immediately ask, “What does the Word say?” Even today, that question directs his steps as he reaches the next generation.

Aubrey Oaks, George and Terri Pearsons’ daughter and Kenneth and Gloria Copeland’s granddaughter, shares how even though she grew up in a family of faith, she had to learn how to develop her own faith in God’s Word in order to overcome fear, anxiety, panic attacks and depression.

We sit down with Sergio Alvarado. Sergio has been a part of Kenneth Copeland Ministries for over 10 years, traveling all over the world with Brother Copeland and helping to share the message of victory in God’s Word. Watch as Sergio shares how God saved his life and changed his heart through the message of faith.

Terri Copeland Pearsons, Kenneth and Gloria Copeland’s daughter, shares with us her story of going through a time in her life when she battled depression and wanting to walk away from everything she knew. She shares how God’s faithfulness and the training she received in God’s Word from her grandmother, Vinita Copeland, brought her through a period of overwhelming darkness to victory.

Watch and hear John’s personal story of how God delivered him from abusive behaviours and set him on a new, successful path. Even though he is Kenneth and Gloria’s son, he had to learn how to stand on his own faith and trust God for himself. Enjoy this latest video in the Generation Series and hear from Kenneth and Gloria Copeland’s son, John Copeland.

In this #GenerationSeries video, Kenneth Copeland Ministries Partner and international minister Rick Renner reflects on his journey of faith and how God called him to be a missionary in Russia. Those who know Rick Renner’s ministry know him as an in-depth Bible teacher who can take difficult concepts and break them down for anyone to understand. His comprehension of Scripture as well as the Greek and Hebrew languages allow him to bring the Word of God alive.

In our latest #GenerationSeries video, see how Terri Savelle Foy, daughter of faith minister Jerry Savelle, has faced her share of bumps and surprises, despite growing up in a family of faith. Hear her raw and personal testimony of the circumstances that caused shame to take root in her heart and how she discovered that Jesus was the Lifter of her head.