Jesus: The Light of Salvation This Christmas

Home / Blog / Featured / Jesus: The Light of Salvation This Christmas 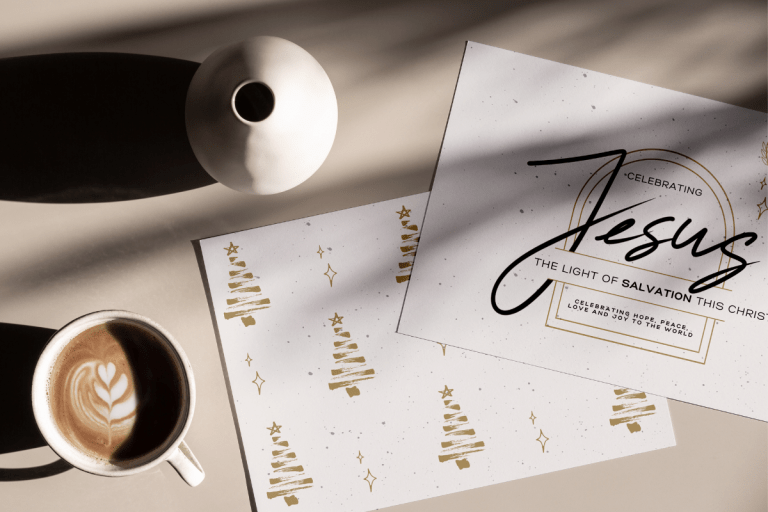 It’s Christmas Eve! We’re lighting the final candle of Advent today—the candle of salvation. Without this candle, no other candle can shine. It’s the focal point of all our celebration and is deeply meaningful to those who have chosen to receive the Light of Salvation, Jesus, in their lives.

“For the wages of sin is death, but the free gift of God is eternal life through Christ Jesus our Lord.” –Romans 6:23

This Christmas, you’ll likely give many gifts. You’ve taken great care choosing them, purchasing them and wrapping them. But they won’t really belong to the recipients until each one chooses to receive the gift.

That’s what Christmas is all about. The Light of Salvation—Jesus—coming into the world to bring us the gift of salvation. Sin separated us from God, but Jesus came to take away our sins and give us the gift of eternal life with Him. And He did it all for one reason—LOVE. When we receive this, we become recipients of the greatest gift ever known.

No, you and I and every other believer have been called, equipped and sent by God into this world for a specific purpose, and in Philippians 2:15, the Apostle Paul told us what that purpose is—to shine our light in a dark world—the Light of Salvation.

Sometimes the wickedness around us seems to be too much to bear. But it isn’t. You have what it takes to fulfil your calling.

You have the same Holy Spirit living in you the Apostle Paul had living in him, and Paul not only handled more dark situations than you can imagine, he overcame them.

Take the Light of Salvation to the Battlefield

When the Apostle Paul wrote the book of Philippians, he was locked up in prison and surrounded by wickedness at its worst. Some believers wonder why Paul had to go through such hard times.

The answer is simple: Jesus asked him to do it.

He showed Paul, before he ever went into ministry, the things he would suffer for Jesus, and Paul agreed (see Acts 9:16). He knew he would not just be in church services, but he would also be in places of deep darkness that were absolutely steeped in sin.

God may ask you to go into some interesting places to share the gospel—the Light of Salvation—but He’ll always equip you to do it and grant you the grace to succeed.

The Power of Obedience

When God called Kenneth Copeland to share the gospel in Las Vegas (“Sin City”), it was no cakewalk, and it certainly wasn’t a comfortable, sin-free atmosphere. But so many miracles occurred during the meetings he held there, he couldn’t deny the power of obedience to God when he was asked to shine the Light of Salvation in a dark place.

One day, between meetings, he was walking through the hotel, and the Lord drew his attention to a particular couple, a man and a woman who looked to be in their 30s. I want you to witness to them, He said.  Brother Copeland obeyed Him, and right there in the middle of the hotel, after asking their permission, he told them everything the Lord instructed him to say. When he finished, they just looked at him with blank stares. He thanked them for their time and walked away.

Well, that went over big, he thought.

He hadn’t taken more than about three steps when another fellow stopped him. He’d overheard the things Brother Copeland had shared and wanted to talk to him. “I’d like you to pray for me,” he said.

Although the man was so drunk he could barely stand up, he leaned against the wall, and Kenneth laid hands on him. The power of God hit him, and he found himself praying all the same things he’d just finished telling the other people. He realised with a shock that God had been talking to this man all along instead of to them.

Of this experience, Kenneth says, “Why He chose to do it that way, I don’t know. He’s the Boss. I just work here. I just do what I’m told to do. But I can tell you this: By the time I finished praying, that man was stone-cold sober—standing upright, with his hands raised, praising God and praying in tongues.

“I want to thank you!” he said. “I’m a backslidden Pentecostal preacher. But I’m not backslidden anymore. I’m back!”

Brother Copeland shares, “Years have come and gone since then, but I still love having those kinds of encounters. I still relish those kinds of fights: first, because the devil is the one I’m fighting; and second, because Jesus conquered him at Calvary, so they’re fights I can always win.”

This is why we, as believers, are here, friend! To fight the good fight of faith.

As you prepare to spend time with those who don’t know the Lord today, pray, listen to God and get your marching orders. You will probably end up surprised and amazed at how God will use you to shine His light on the most precious gift they could ever receive, the gift of Salvation.

From the KCM family to yours, Merry Christmas. And remember…JESUS IS LORD!

Watch Kenneth Copeland teach you why, when you receive the gift of salvation, you receive so much more!