How to Pray in The Name Above All Names 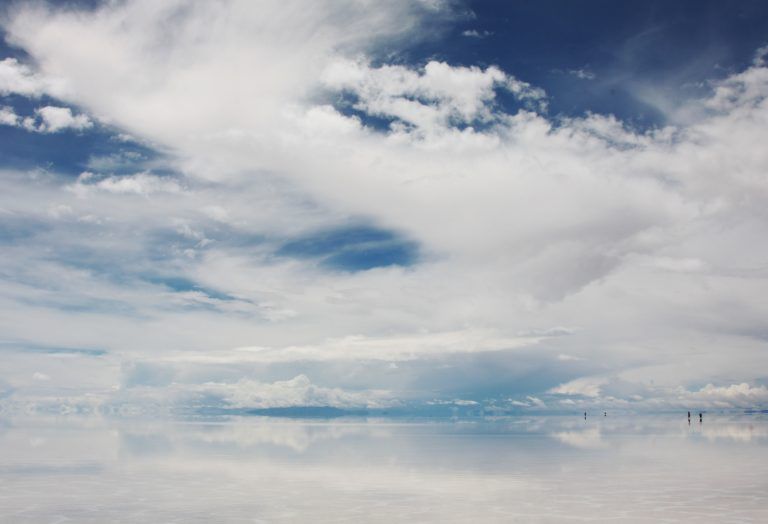 Do you receive whatever you ask of God in prayer? When we look at Jesus’ example, He taught us how to pray in His Name. The Name above all Names!

Many believers don’t know that, but it’s true. Jesus Himself said so. He didn’t say it just once, either. He said it again and again. He taught us how to pray.

Those are startlingly clear statements. They leave no room for the traditional religious idea that sometimes God says yes to our prayers, and sometimes He says no. Jesus didn’t mention anything about God saying no to our prayers. He simply said, “Whatever you ask the Father in My Name He will give you.”

“But Brother Copeland, Jesus was talking to the 12 disciples when He said that. They were a unique group. What He said to them about prayer doesn’t apply to all of us.”

Yes, it does. We know it does because the Apostle John repeated that very same promise to all believers in 1 John 3:22-23. He wrote: “Whatsoever we ask, we receive of [God], because we keep his commandments, and do those things that are pleasing in his sight. And this is his commandment, That we should believe on the name of his Son Jesus Christ, and love one another, as he gave us commandment.” We can request miracle prayers!


What Commandments?
I can almost hear you thinking. “Keep the commandments? How can I ever qualify for answered prayer if I have to keep all the commandments in the Bible first? I’m not even sure I know them all!”

Don’t worry. That passage isn’t referring to all God’s scriptural instructions. It’s not even talking about the Ten Commandments. It’s talking about the two commands listed in verse 23, the commands especially given to us as New Testament believers: 1) Believe on the Name of God’s Son, Jesus Christ; and 2) Love one another.

Many times we focus only on the second command. We assume because we’re born again, we’ve already done all we need to do about believing on the Name of Jesus. But actually, developing our faith in Jesus’ Name is something we must do continually. It’s our first and foremost responsibility.

Why? Because believing on Jesus’ Name is what unites us with His power, moment by moment and day by day. It’s what enables us to keep the command of love. It’s what empowers us to do everything God asks us to do.

And it is the golden key that opens the door to answered miracle prayer.

What’s in a Name?
If you want to see an example of what faith in Jesus’ Name can do, look at the crippled beggar in Acts 3. He had been born lame. He’d never walked a day in his life. He had to be carried to the temple gate so he could beg for money. Naturally speaking, his situation was impossible, incurable and totally hopeless.

But when the Apostle Peter said to him, “In the name of Jesus Christ of Nazareth rise up and walk,” the power of God shot through that man’s bones and instantly made him whole.

Of course, the people who saw it happen tried to give Peter the credit just like people do today. They thought he had some special healing powers because he was an apostle. But Peter set them straight. He said, “Why look ye so earnestly on us, as though by our own power or holiness we had made this man to walk? The God of Abraham, and of Isaac, and of Jacob, the God of our fathers, hath glorified his Son Jesus…. And His name through faith in His name hath made this man strong.”

“Well, I just don’t understand how somebody’s name could do that,” you might say.

That’s because in our Western culture a name doesn’t mean much. It’s just some cute-sounding word our mother picked out so she could call us to dinner without having to say, “Hey, you!”

Before long, Abraham had developed faith in the name God had given him and, sure enough, that once-childless very old man became not only the father of Isaac but the father of many nations!


A Dangerously Powerful Name
As believers, we ought to be developing that same kind of faith in the Name of Jesus. But before we can do that, we must understand what that Name really means. We must begin to see that it truly is the Name above all names.

Jesus’ Name is so powerful and exalted, there’s only one other name that even comes close to it. It’s the first great name ever made known to man—the holy, unspeakable name of the Father God Himself. That is the awesome name God revealed to Moses when He spoke to him from the burning bush and told him to deliver the children of Israel out of the bondage of Egypt. When Moses asked what he should say when the Israelites asked the name of the God who had sent him, God answered: “I AM THAT I AM: and he said, Thus shalt thou say unto the children of Israel, I AM hath sent me unto you. And God said moreover unto Moses, Thus shalt thou say unto the children of Israel, The LORD God of your fathers, the God of Abraham, the God of Isaac, and the God of Jacob, hath sent me unto you: this is my name for ever…” (Exodus 3:14-15).

To our modern ears, the phrase I AM THAT I AM doesn’t mean much. We just think, I am what? But to a Hebrew it says, I am impossibly deep. I am everything. I am unsearchable. I have no beginning and no end. I am all in all. In Hebrew, I AM THAT I AM communicates something so strong that it makes your hair stand straight up. Moses would have been awestruck by that name alone.

But God didn’t stop there. He went on to introduce Himself to Moses as “The LORD God of your fathers….” Notice the word LORD there is printed in all capital letters. That’s because it represents the name of God referred to by Hebrew scholars as the Tetragrammaton.

A four-character Hebrew name used 6,000 times throughout the Old Testament, the Tetragrammaton is the Father’s own, personal name. That Name embodies all that God is. It carries all His power and glory. It’s so awesome and holy that anyone who uses it in vain will die.

That’s why, in the Old Testament, the High Priest spoke that Name only once a year when he entered the holy of holies after ceremonial cleansings and blood sacrifices had been made. The Jews eventually decided God’s personal name was so dangerous they shouldn’t say it at all.

Instead, they substituted the name Adoni. Some people won’t even say that. They simply say “HaShem,” which means “The Name.”

The Spirit of the LORD Is Upon Me
What does all that have to do with the Name of Jesus? Everything! The power that resides in the Name of the LORD is what enabled Jesus to do the miraculous works He did when He was on the earth. He said so Himself. At the beginning of His ministry, after He’d been baptised in the Holy Spirit, He walked into the synagogue and declared: “The Spirit of the Lord is upon me, because he hath anointed me to preach the gospel to the poor; he hath sent me to heal the broken-hearted, to preach deliverance to the captives, and recovering of sight to the blind, to set at liberty them that are bruised, to preach the acceptable year of the Lord” (Luke 4:18-19). Jesus freely spoke the Name itself instead of a substitute.

It was the Spirit of the LORD that enabled Jesus to go “about doing good, and healing all that were oppressed of the devil; for God was with him” (Acts 10:38). In other words, God so fully indwelt and rested upon Jesus during His earthly ministry that Jesus’ Name carried the power and authority of the Name of the LORD Himself.

When Jesus went to the cross and took on Himself all the sins of the world, the unthinkable happened. The Spirit of the LORD that had rested upon Him departed (Matthew 27:46). Death came upon Him—not because He Himself had sinned but because He sacrificed Himself becoming obedient to it.

No doubt, at that moment He could hear the demons screaming in triumph. They thought they had Him. They thought He had blasphemed God and God had damned Him forever.

But it was a trap…and Satan fell for it. He boldly opened the door of hell and took Jesus in. There in that pit, Jesus paid the full price for sin. He bore the curse of damnation for all mankind.


The Champion of Champions
But God didn’t leave Jesus in that pit. When the penalty for sin had been fully met, the voice of the LORD Himself thundered out of heaven and exploded into the very depths of hell as He said: “Thou art my Son, this day have I begotten thee? And again, I will be to him a Father, and he shall be to me a Son?” (Hebrews 1:5)

With those words, the very glory of God shot into Jesus’ tormented, sin-and-death-wracked spirit. Suddenly He rose up in power and majesty, and came storming up out of that place a reborn glorified Man united with the LORD of glory Himself! Whipping every demon principality, every power, every ruler of darkness, especially Satan himself. Jesus tore through the region of the dead and freed the captives who were in the bosom of Abraham. He came roaring out of there in glorious victory over all of hell, death and every devil and “made a show of them openly, triumphing over them in it” (Colossians 2:15).

When Jesus went back to heaven, He returned as a conquering warrior. He returned as the hero of the ages who had by Himself purged our sins, stripped the devil of His weapons, and taken back the keys of death and hell.

In honour of Jesus’ great victory, God bestowed on Him the greatest title that could be given. He highly exalted Him and gave Him “the Name which is above every name: That at the name of Jesus every knee should bow, of things in heaven, and things in earth, and things under the earth; and that every tongue should confess that Jesus Christ is LORD, to the glory of God the Father” (Philippians 2:9-11).

Do you realise what that means? It means Jesus has been given the Tetragrammaton…with honour added to it! He has been given that Name and every other name by which God has been known throughout the ages. His Name represents the Champion of champions!

When we pray by faith in that Name, all of heaven—including the angelic forces, the mighty Holy Spirit and our heavenly Father Himself—responds. When we utter that Name in faith, the elements of the earth obey. When we declare that Name in faith, all of hell and the devil buckles at the knees. There’s nothing else they can do. The force released by Jesus’ Name exerts so much pressure on Satan that he has to flee. He can’t function in the presence of it.

Now you can see why Jesus so boldly said, “Whatsoever ye shall ask the Father in my name, he will give it you.” He understands the power of His Name.

It’s time we understand it too. It’s time we reverence it, develop faith in it…and put it to work. When we do, the will of God shall be done on earth as it is in heaven. And hell itself won’t be able to keep us from receiving the answers to our prayers.