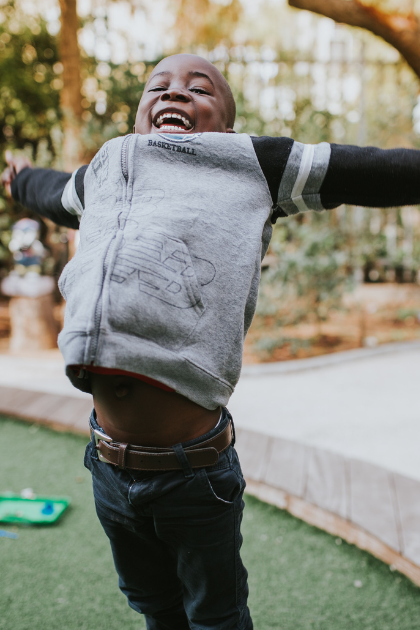 All Ted Winsely wanted was to play in the NFL. He did not know if that dream would ever come true. Ted struggled with his identity for most of his life, until he learned how to live by faith. Before answering the Lords call, Ted identified himself as a below average student, a football player, and a young man knowingly searching to fill a whole in his heart. Through the influence of Brother Copeland Ted turned his testimony into triumph.

Things Aren’t What They Seem

The youngest of five children, Ted was used to fighting against impossible odds. While his older siblings excelled in school, Ted failed lower-level classes. His mother, a school teacher, petitioned the school against Ted’s placement in lower-level classes. She insisted they test him, despite his failing grade. Against their better judgement, the school tested Ted and as his mother suspected Ted’s IQ score was one point below a certified genius. He was immediately placed in classes for gifted children, but he still did not excel. This was not because he was not smart, but because he identified himself as dumb.

What he was undoubtably good at was football. He was a king on the field. He was the fastest on his team and quickly became a target for rival teams. Every night as Ted and his team geared up for a game, he would focus on each player in his rival team. He would see towels hanging from their pants each one bearing his number as a way to intimidate him. Ted was grin and think “you’ve got to catch me first.” Soon his academic failures weren’t a concern, he found his identity in football.

The Call for an Identity in Christ

In 1984, just as Ted found his place in football, he suffered a career ending injury. In a game against a rival school, Ted was in a head-to-head collision with a cornerback. He spun out of the hit and continued to run. He was hit again by another player, and another until it felt like the entire opposing team landed on him. That night the doctors said he suffered a concussion, a broken back, and a crack in one of his vertebrae. With his identity so tied in football, he didn’t know who he was without football. Ted lost himself.

“I was raised in church and believed in God, but I’d never been born again. When I was 17, I heard the voice of God for the first time. He spoke my true identity to me, and called me to be a pastor,” recalls Ted. He went to collage on an academic scholarship wanting to prove to God that he was not pastor material. Ted never drank, smoked, or did drugs while in collage, but he used women to fill the God shaped hole in his heart. One night, he was planning a rendezvous with a woman he was entertaining, and God spoke to Ted saying: you’re about to go to a place from which you wont return.

Heeding that unction, Ted cancelled his plans with her knowing he was never going to see or hear from her again. A few years later, she died from AIDS. During his years of running from God’s calling Ted never felt convicted of his sin, “once I was born again, I was so convicted that I wept over my sin,” Ted laments. Just two weeks after his rebirth, Teds aunt, Gloria Cherry, who pastored a Pentecostal church, asked him preach. Ted didn’t know how to preach, so he asked God for a message and God gave him one: “Send Me, I’ll Go.” As part of his message, Ted gave his testimony. During the alter call, 35 people gave their hearts to Jesus.

The Power of Influence

With a wife and two kids, Ted gave up a six figure salary and a company car to join Pastor Lamont’s pastoral staff for $40,000 a year and no company car. Ted was taking baby steps with faith, knowing that the praise was in the receiving and by faith he would receive from the abundance of God. As God would have it, Pastor Lamont passed the Philadelphia Eagles chaplain officer to Ted. “He came to me and said that he wasn’t supposed to be chaplain of the Eagles – I was,” recalled Ted.

As Ted was taking baby steps toward living his faith life, he knew with the brief window of time he had with the 2016 Philadelphia Eagles team the most important thing Ted wanted to teach the players was to stop allowing football to be their identity. He ministered to his players and taught them their identity in Christ. In 2016 Ted baptised five players.

The Philadelphia Eagles had a strong season in 2016 and in 2017 played exceptionally well they were looking favourable to win the Super Bowl. Until they their star players suffered career ending injuries, or team leaders being traded. Through all those unpredictable fears, Ted ministered to a discouraged team knowing that if they won the Super Bowl God would get all the glory. With all their injuries, the Eagles entered the Super Bowl as the underdogs coming up against the five-time champion the New England Patriots.