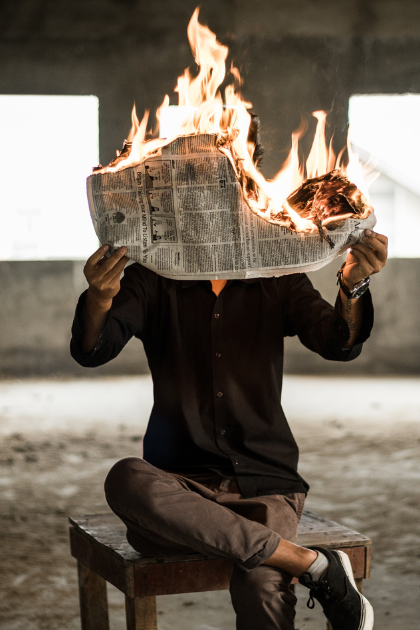 Victory News brings you faith, facts and freedom because bad news, even in this world’s stressed-out economy, remains plentiful, accessible and cheap. These days, more than ever, bad news abounds. It’s broadcast on Television 24/7. Bad news is constantly updated on the Internet, passed along by mobile phone, and delivered by email. It’s printed, satellited, cabled and shared the old -fashioned way at the office and the coffee shop. But if you’re a born-again child of God, your news source must be faith-based. Must be factual, but most importantly must be free from control from ungodly influences.

Unlike any other News source, Victory News is a Victory Channel original programming. This means your news is reported through faith-filed journalism; where Gods word is first and final authority. Victory News is a news source produced specifically to equip the saints of Jesus to strengthen the posture of your heart, for such a time as this.

Victory News addresses current affairs beyond the generally accepted headlines. Host Professor Greg Stephens, displays his intimate knowledge of global foreign relations from his time in the U.S. Air Force, as he interviews Senators and Congressmen to give you an in-depth report on history changing global events.

Victory News is faith centered – brought to you by the faith people. The Word of God is everlasting and never changing. It is the same Word that blessed Abraham, promoted Joseph, and performed miracles of healing throughout Jesus’ ministry on earth. John 1:1 tells us “In the beginning was the Word, and the Word was with God, and the Word was God.” Fear has no place where victory is abound! Where God’s Word is ever present, news of war and economic downturn does not stir fear.

Victory News is a believers tool to stay informed reminding God’s people that circumstances of the world cannot touch you because you are protected within His edge of protection. You have victory over any circumstance.

Victory News produces special interest pieces that take a deep dive into social issues. In special reports that seek to understand the cause of increased gun violence, or how the fabric of America has changed through God-less laws, Prof. Greg and the Victory News team offer a faith filled perspective that cuts through political rhetoric used by other news outlets to pander to Christian voters. It is a faith-filled perspective for Kenneth Copeland Ministries Partners and friends.

Of the many special reports Victory News produces, one that is close to the heart of this Ministry is news and current affairs concerning Israel. Mainstream media will influence their audiences to position Israel negatively. As God’s chosen people are persecuted, Victory News and Flashpoint are committed to sharing current events concerning Israel in the light of the truth – both facts and truth of the Word of God.

Main stream media, and its news sources, attempts to put us in a constant state of confusion. Victory News is delivered in the spirit of faith, and brings you daily news you can trust, so you stay informed and encouraged with faith, facts and freedom!

Victory News airs everyday at 9am AEST on the Victory Channel. Now available on demand.