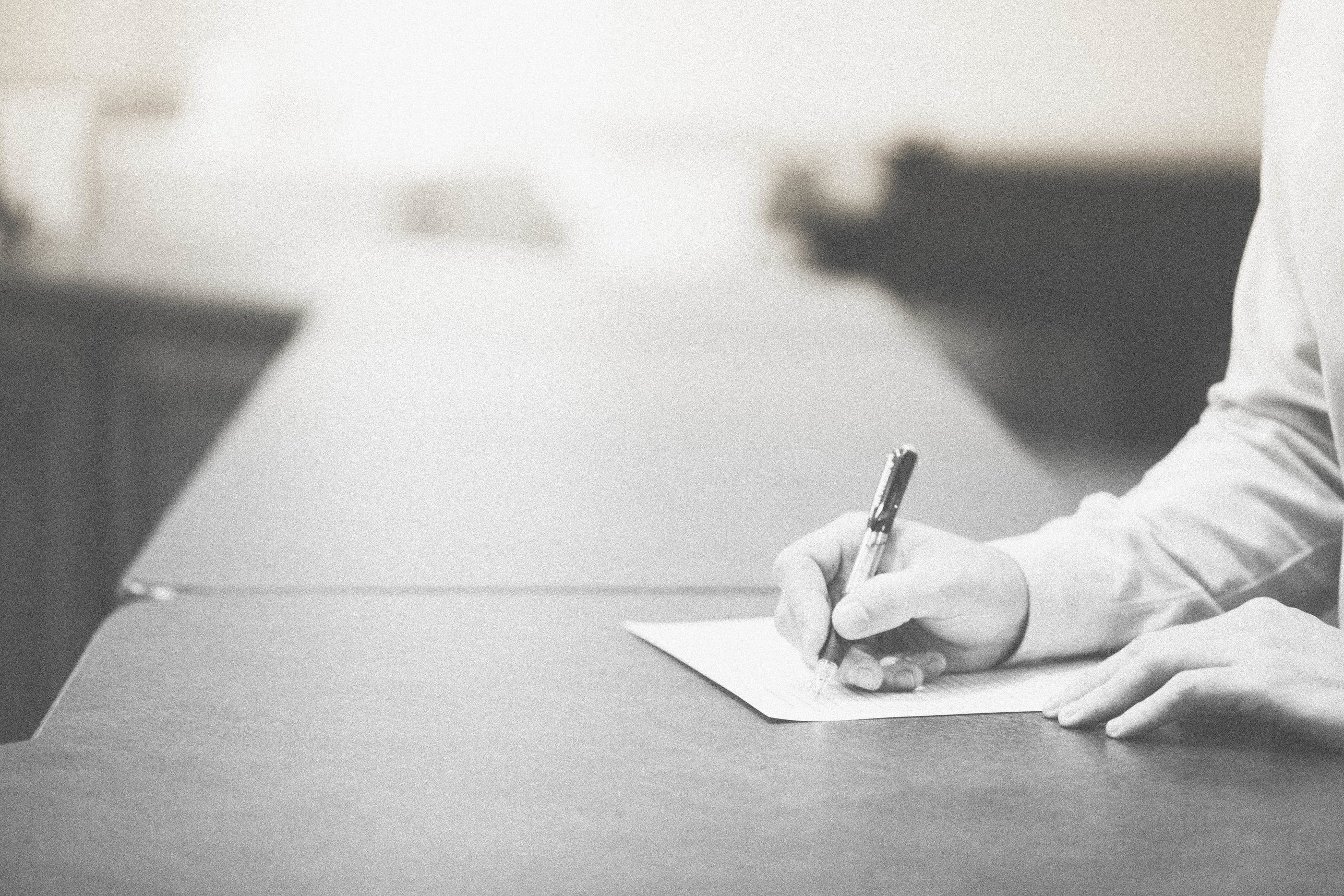 “The LORD has blessed me with many good friends over the years, but the best friends I have are the people who have partnered with me in this ministry. Those are the people I write letters to every month.”

And every month since penning his first Partner Letter in February 1986, Kenneth Copeland has faithfully fulfilled his commitment to write a letter and send it to all his Partners, year in and year out, without fail. It’s timely, it’s real and it’s personal…because as far as Brother Copeland is concerned, he’s writing to his closest friends.

Kenneth Copeland learned the importance of letter writing from his spiritual father, Oral Roberts, years ago when the two met early one morning at Brother Roberts’ request to have Kenneth “help him” write his own partner letter. Sitting across the desk, Brother Roberts held up his Bible and asked Kenneth a pointed question:

“What is this?” Brother Roberts asked again.

Kenneth knew he hadn’t given the right answer, and he tried again.

“Well, it’s the Old Covenant and the New Covenant.”

“What is this?” Brother Roberts asked a third time.

Wham! Without warning, Brother Roberts “shovel-passed” the Bible across the desk and hit Kenneth right in the chest with it—nearly knocking him over in his chair.

“Those are letters!” he said, the anointing all over him. “And they’re just as anointed today as they were the day they were written!”

The word reverberated to Kenneth’s core. He thought, The New Testament is mostly letters from the Apostle Paul to his partners in the churches at Ephesus, Philippi, Galatia, Corinth, Rome, Colossae and Thessalonica—letters written to encourage them and to help them overcome every obstacle!

“I’m going to ask you to make one of the most serious commitments you’ve ever made in your life,” he told Kenneth. “I want you to commit to God that every 30 days, for the rest of your life, you will pray in the Holy Ghost until you have something anointed to write to your Partners, just the way Paul wrote to his.”

That day, Kenneth made a lifelong commitment. The LORD then led him to study Philippians—a letter from Paul to his ministry partners—as an example of how the Holy Spirit could use him to write his own letters.

“From that time until now,” says Kenneth, “I’ve written a letter every month to my friends who are in partnership with me. They aren’t money-raising letters. I don’t write them for that reason. God is my Source, and He meets all my needs. I write the letters because I want to bless my Partners. Since they are partakers of my grace (Philippians 1:7), I want to share with them the revelations God has given me.”

And they aren’t off-the-cuff revelations.

Each letter represents hours upon hours of prayer on Brother Copeland’s part. Through them, he shares personally the things The LORD is teaching him with a desire that they will strengthen and encourage all who receive them.

Perhaps no one knows better the time and commitment Kenneth spends each month writing his Partner Letter than members of his own family.

“Mother and Daddy have always been committed to our Partners,” says daughter Kellie Copeland Swisher, who remembers growing up watching her dad handwrite the Partner Letter each month.

Kellie remembers how her dad routinely spends hours, with pen and legal pad at hand, “praying over the Partner Letter until he hears from the Lord.”

“And when he had finished writing, if he couldn’t hold that letter up and say from his heart to the Lord, ‘This is what You’re saying to the people, and this is to get their needs met—not mine,’ I don’t care how great a letter it was, he would wad it up, throw it on the floor and start over again.”

The Heartbeat of Ministry

Since its inception, Kenneth Copeland’s Partner Letter has been not only an encouragement to Partners, but also a source of truth and victory. For instance, when a recession hit Canada several years ago, one Partner there remembered the instruction The LORD had given her through Brother Copeland’s Partner Letter in February 1992: Don’t join the recession! So she didn’t. After heeding that word, the Holy Spirit instructed her to take it a step further and pray the recession would work for her and not against her.

Brother Copeland recounts, “The first thing that happened was, instead of being a victim of downsizing in her company as a result of the recession, she was promoted to a position in human resources.” Soon after, she was given the opportunity to finish her education. “As the world around her was going through a recession, she chose to participate in THE BLESSING of provision and promotion in God!”

Moreover, Kenneth Copeland’s Partner Letters have become the heartbeat of the ministry itself. “I would estimate that 85-90 percent of what I preach in meetings…I receive the revelation of it while I’m writing that letter,” Kenneth said. “I’ve been doing it for a number of years and it’s a constant flow and a constant fountain of revelation for me.”

Today the Partner Letter, which is mailed to nearly 300,000 people worldwide each month, is one of the most important ministry tools extending from Kenneth Copeland Ministries. It travels the world, from the top to the bottom and all the way around, providing strength and resulting in thousands of testimonies of salvation, healing, deliverance, restoration and increase.

Though most material by KCM takes several months to produce, the Partner Letter is considered top priority and takes only a matter of days from conception to completion.

“These letters have changed lives—my Partners’ and mine,” says Kenneth. “Thanks to God, and to the Holy Spirit working through the Apostle Paul and Brother Roberts, we have all been blessed!”

Throughout the years, we have seen that partnership is indeed dynamic. But partnership is not a one-sided relationship. By definition, partnership means “to take a part in.” As the Apostle Paul said, “I thank my God upon every remembrance of you, for your fellowship in the gospel from the first day until now…because I have you in my heart; inasmuch as both in my bonds, and in the defence and confirmation of the gospel, ye all are partakers of my grace” (Philippians 1:3, 5, 7).

To learn more about partnership with Kenneth Copeland Ministries and to receive your own copy of Kenneth’s Partner letter each month, click here.