Q: How can christians have real unity when there are so many denominational and doctrinal differences?

Home / Blog / Relationships / Q: How can christians have real unity when there are so many denominational and doctrinal differences? 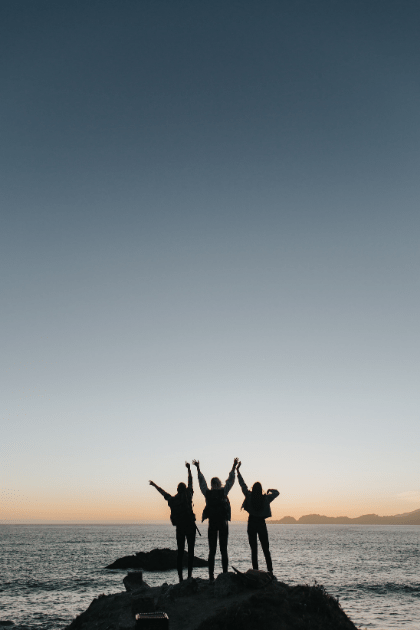 A:
What we’re seeing in the Body of Christ today is something far greater than a “superficial unity movement” inspired by human ideas and carried out by man-made plans. The unity we’re seeing is a direct result of the workings of the Holy Spirit who is even now preparing the Church for Jesus’ return. We are coming together in the unity of our faith—not our doctrines. The Lord Himself, through the writings of the Apostle Paul, told us that it was coming. So, before we go any further, let’s look closely at what He had to say about it.

Till we all come in the unity of the faith, and of the knowledge of the Son of God, unto a perfect man, unto the measure of the stature of the fullness of Christ: That we henceforth be no more children, tossed to and for, and carried about with every wind of doctrine….But speaking the truth in love, may grow up into him in all things, which is the head, even Christ (Ephesians 4:11-15).

I want you to notice a couple of important things about that passage of scripture. The first is this: It is clearly God’s intention for His people to be united. The second is this: That union won’t be based on doctrine.

You see, doctrine doesn’t unify. It divides. It blows folks in every direction. That’s why the Word doesn’t say anything about us coming into the unity of our doctrines. It says we’ll come into the unity of the faith!

In the past, we’ve failed to understand that and tried to demand doctrinal unity from each other anyway. “If you don’t agree with me on the issue of tongues,” we’ve said, “or on the timing of the rapture…or on the proper depth for baptismal waters, then I won’t accept you as a brother in the Lord. I’ll break fellowship with you until you come to see things my way.”

But that’s not God’s way of doing things. If you’ll look in His Word, you’ll see that He doesn’t have a long list of doctrinal demands for us to meet. His requirements are simple. First John 3:23-24 tells us what they are.

This is [God’s] commandment, that we should believe on the name of His Son, Jesus Christ, and love one another as He gave commandment. And he that keepeth His commandment dwelleth in Him, and He in him. And hereby we know that He abideth in us, by the Spirit which He has given us.

Believing on the Name of Jesus and living by the commandment of love. That’s really what the Christian faith is all about.

It doesn’t matter if you’re Baptist, Methodist or Lutheran—or if you’ve never been inside a church in your life. It doesn’t matter what your doctrine is. When you and I come to a place where we have faith in the Name of Jesus and keep the commandment of love as a commandment instead of as an alternative, we’ll be unified by the Spirit of God. We’ll drop our silly list of doctrinal demands and come together in the unity of faith.

But don’t worry. That doesn’t mean we’ll just drop our guard and allow Satan to blur the lines and mix those who are true believers with those who aren’t. Oh, no! We’ll simply allow those lines to be drawn by the Word of God instead of the traditions of men.

We’re going to rise up together in faith and love like one glorious Body driven by the power of Jesus Himself, and we’re going to blast a hole in Satan’s operation that’s big enough to drive a train through.

When that happens, the devil’s going to panic because the unity of the faith of God’s people is a staggering thing. It’s the most unlimited, powerful thing on earth. It’s what the devil fears above all else.

He’d like to stop it, but he can’t. God has already said it’s going to happen and even now the Holy Spirit is bringing it to pass. So, don’t fight it. Get in step with it and become a part of one of the most magnificent moves of God this world has ever seen.

A house divided will fall…but as the Body of Christ, we can take a stand and be A House Not Divided! Order your copy here today!