Will The Real God Please Stand Up!

Home / Blog / Will The Real God Please Stand Up! 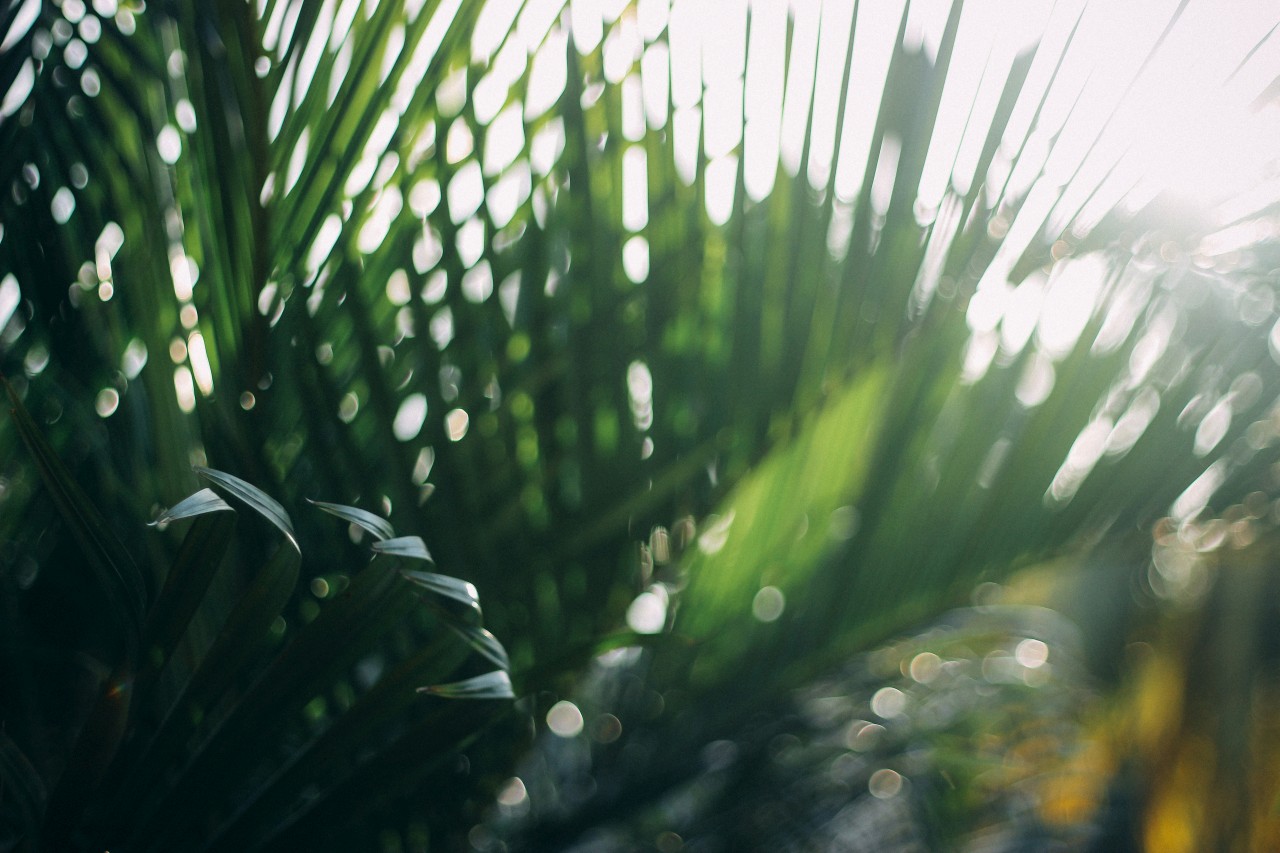 Salvation, Successful Living
Comments Off on Will The Real God Please Stand Up!

He has been using it ever since it succeeded with Adam and Eve. I’m sure you know the story. God provided a perfect place for Adam and Eve to live. He gave them everything they needed to live perfectly blessed and prosperous lives. There was only one restriction. The Lord told them not to eat of the tree of the knowledge of good and evil, warning them that if they did, they would immediately die.

Do you remember what Satan told Eve when he tempted her to violate that one command? He said, “You shall not surely die, for God knows that in the day you eat of it your eyes will be opened, and you will be like God, knowing… good and evil” (Genesis 3:4-5, The Amplified Bible). In other words, the devil said, “Listen, Eve, God lied to you. He’s not trying to protect you from harm. He’s trying to deprive you of something wonderful. He has pulled the wool over your eyes. He’s not as good as you think He is.” Eve fell for it, then Adam. By their sin the whole human race was sentenced to spiritual death. And the devil has been causing people to doubt the goodness of God ever since. Religions — even those based on Christianity — have portrayed God in ways that are totally contrary to the truths revealed in the Bible. Religious art, for example, often pictures everyone sad. It shows the Virgin Mary sad, Baby Jesus sad, all the apostles and angels sad. Religious traditions taught by long-faced, angry preachers have represented God as mad at the whole human race and looking furiously for someone to punish. The impression they give people is that God is in a bad mood, and you had better be very careful around Him because you don’t want to irritate Him any further. Along those same lines, someone even wrote a song that the radio stations played some years ago. The chorus threatened, “God’s gonna get you for that!” If you have been made wary of God by those kinds of religious traditions, it’s important for you to know the Bible does not teach any of those things. It does not reveal a God who is out to “get us” nor do us harm in any way. (Let’s face it, we’ve all given God plenty of reason to “get” us. If He had wanted to get us, we would have already been “gotten” by now!) The fact is, the Bible does not portray God being in a bad mood. On the contrary, Psalm 145:8-9 says, “The Lord is gracious, and full of compassion; slow to anger, and of great mercy. The Lord is good to all: and his tender mercies are over all his works.” The word gracious means “disposed to show favors.” So that verse is telling us God is always in a favorable mood. You never catch Him having a bad day. It’s a good thing too, because He is so powerful that if He had just one bad day, we would all be wiped out. God is love every day. His mercy endures forever!

Of course, it is not just Christian religious tradition that has depicted God as angry and vindictive. Heathen religions depict their gods that way too. The difference is,that is an accurate picture of their gods, because they are not gods at all — they are demonic spirits. People who worshiped demon gods throughout history often believed they had to hurt themselves or someone they loved, in some way, in order to appease their god’s anger. Heathen worship in Old Testament times required people to sacrifice their own children, burning them in fire on the altars of false gods. It was a terrible thing. Other pagan gods were not so harsh, yet it seemed they all needed something — offerings of fruit or gifts of some kind — to make them happy. But our God is not like that! We don’t have to do penance or make sacrifices to appease Him. He Himself has already provided the sacrifice for sin in the person of His Son. The moment we receive Jesus as Savior and Lord, we find that God is already happy with us. We don’t have to bring Him plates of fruit to make Him happy. He’s already happy! What He’s doing now is looking for opportunities to do us good and show us favor. You know how people who have hobbies like fishing or golf are always looking for opportunities to do those things? You might say God’s favorite pastime is doing good for someone. Ecclesiastes 3:12-13 says, “For a man to rejoice, and to do good in his life. And also that every man should eat and drink, and enjoy the good of all his labour, it is the gift of God.” God wants to give good gifts to people. It’s what He loves and enjoys. He is Jehovah the Good. Often when I think of how good-natured God is, I’m reminded of my grandfather. All of his grandchildren called him “Pop.” Pop was a truly good, kind hearted man, and he loved to do good things for everyone, especially his grandchildren. We quickly figured out that he would say yes to almost anything we asked him to do. I never remember him saying no. Even before I had my driver’s license, he let me drive his pickup around the Arkansas countryside. I remember times he even let me take it to the movies in a nearby town. If my grandmother had not been there to stop him, I think Pop would have given us anything we wanted. Although it has been many years since he passed over, every time our family gets together we talk about Pop. It makes us happy just to remember how good he was to us. Being in the presence of someone who likes to do good for you makes you happy, doesn’t it? Sure it does! That’s one reason the Bible says in the presence of God is fullness of joy (Psalm 16:11).

Won’t Be Disappointed
I love the phrase in that passage that says, “Thou openest thine hand, and satisfieth the desire of every living thing” (verse 16). God is so good, He always has an open hand to us. He is never tight-fisted. We may have wandered far away from God, but if we just call upon Him in truth, we find He is near. We find He is right there ready to give us whatever we need. One of the most beautiful examples of this truth I have ever seen took place in the life of a young girl who attended Healing School some years ago. A car accident had left her paralysed on one side of her body, and she wanted to turn to God for help. The problem was, she had been living in disobedience to Him. Right before Healing School started, she had even stolen some tapes from one of our tables! Of course, she was feeling terrible about herself. Her heart was condemning her, and she didn’t think God would do anything for someone as awful as she was. But during Healing School, I read James 5:15: “The prayer of faith shall save the sick, and the Lord shall raise him up; and if he have committed sins, they shall be forgiven him.” Thank God, that precious girl simply took God at His Word that day. She received His forgiveness, and God healed her then and there. She walked to the front of the meeting and gave her testimony of stealing, repenting and being healed! If you have been disobedient to God, you can do the same thing today. You can repent and say: “Lord, I know I’ve sinned. I’ve done things I knew You didn’t want me to do. I’ve been walking away from You instead of toward You. But I’m turning around today. I ask You to forgive me and cleanse me of all unrighteousness. By faith, I receive that cleansing through the blood of Jesus and right-standing with You in His Name. I set my heart to obey You for the rest of my life. With Your help I will do what You want me to do.” Before now you might have been afraid to make that commitment to God. You might have drawn back from the idea of doing whatever He asked you to do. But now you can make that promise boldly, knowing that whatever He tells you to do will always be for your good. I can tell you not only from the Bible but from experience (my own and others’), you will never regret choosing to obey the Lord. I have never in my life met someone who steadfastly trusted and obeyed Him who regretted it. Quite the opposite is true. Every child of God who has known and trusted His goodness has been eternally glad he did. The moment you are tempted to draw back in fear from something God tells you to do, remember this: God is a good God. He will only lead you in paths that will ultimately bring you blessing and increase. True, those paths are not easy. But you can rest assured, they will always take you to good places. In the end, you will find that the difficulties along the road were nothing compared to the reward.